Interest Rates? Rent or Own? 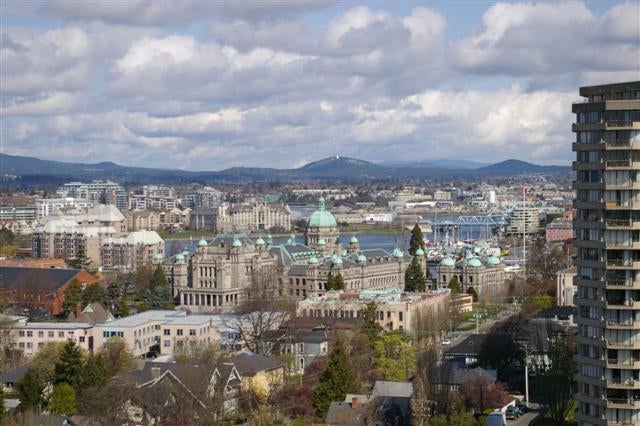 Interest Rates? Rent or Own?

The following article, written by the principles of Pemberton Holmes Ltd, provides some alternative ways of thinking about interest rates and long-term ownership. It’s a long article, but I encourage you to consider taking the time to read it. I find that there are no definitive answers or predictions when it comes to forecasting the market, but the concepts below are useful and may help in your decision process.
To view PDF, click here:
Power of Amortization

As someone in the real estate industry we are often asked about where real estate prices are heading over the next year or so. We try to decline the urge to answer as we have so often been wrong in the past. Though our short term crystal ball is cloudy there are some interesting long term trends that we can comment on.

The one that we believe is going to fundamentally underpin our housing market is the direction of long term interest rates and not for the reason that everyone thinks.

We are in the middle of a period of unprecedented low long term interest rates, the impact of which in certain respects has not been widely understood or appreciated. In conjunction with this trend is a return to 25

(for insured CHMC mortgages) and 30 year amortization periods that were the standard up until a decade or so ago.

The charts show the principal paid off every year and the cumulative amount paid off in 5 and 10 years.

Disregarding the payments, which in themselves show a significant decline over that period for the same amount of mortgage and are the focus of the average commentator and borrower, the perhaps more interesting difference is in the reduction of principal between the three scenarios.

Of what importance is this?

There are several fundamental shifts and effects that will occur as a result of this change.

First the individual home-owner themselves are seeing a major medium term improvement to their balance sheets. Over 5 years they experience enough tax free and compounded savings to assure them, short of a massive collapse in the housing market, the ability to withstand up to a 14% percent reduction in the housing market and, based on mortgage to value ratio of 95%, still be in a position to renew.

Conversely with a modest 2 percent a year increase in real estate prices, matching the Bank of Canada’s target maximum inflation rate, they find themselves the beneficiary of an increase in original equity from $20,000 (based on 5 percent down, $20,000 on purchase of $420,000, plus closing costs) to $118,000 based on a Market Value increase at 2% per year for 5 years from $420,000 to $460,000 – a yield far in excess of any legal investment opportunities and your home to boot.

Secondly and on a macro-economic basis the effect is profound on overall household debt. You have read again and again of the concern over household debt. The increased pay down of principal is having a significant beneficial effect on nationwide consumer dent and the balance sheet of CMHC. In the last year the outstanding debt of CMHC declined by 40 billion from a high-water mark of 660 billion. Increased principal pay down is a large part of this figure. And of course from a risk perspective the first 5 percent of principal of a mortgage is at much great risk for a lender than the next 5 percent and so on. This payment of high risk monies and deletion from the CMHC balance sheet is very stabilizing for Canada’s overall fiscal health and for the housing market.

Lastly , and an effect that has not been recognized, is the ramifications for buyers. There are 175000 new households formed a year in Canada primarily through immigration. Many first time buyers implicitly are faced with the rent vs. own debate. What they will and should be debating is not the amount of rent vs. the amount of payment plus taxes etc. but rather the amount of rent vs. the amount of interest. On a 400,000 mortgage the amount of interest at 3 percent is $1,000 a month initially. At the end of 5 years with regular payments it declines to $ 855.00 a month, after 10 years to $686 a month and after 15 years to $491 a month. If prices goes absolutely nowhere I challenge the rent vs. owners to say that renting is better than owning. And yes we have not examined the other costs of ownership namely property taxes, insurance and repairs and maintenance which typically add as much as 25 percent to monthly costs. These should be taken into account but balanced against some benefits of ownership such as security of tenure, freedom to improve property, ability to develop property and freedom from rising rents.

We have listened to a lot of negativity around the housing market in recent months and sales data seem to reflect a falling market. The outlook for the short term is in our view difficult if not impossible to predict. What we can say is that long term fundamentals support purchase decisions of quality real estate made at affordable payment levels and will be the best investment made by many in their lifetimes.